I have been roleplaying for a little over three years now, starting back in July of 2017. In my time of role-playing, I have been a part of many different communities and have seen them in every stage from starting fresh and growing to losing members and declining. I've seen communities split apart over managerial decisions, role-play scenarios, and inappropriate social interaction. While the managerial decisions and social interaction are pretty straight forward, role-play scenarios can be problematic over time, which is what I want to talk about today.

Many different scenarios happen every day with many different results. While traditionally when someone feels hard-done-by during a scenario after some time they cool off, tension can build over time and turn small problems into larger ones down the line. The previous scenario is what can end up turning friends into enemies and separate communities. It is VERY important that we never let it get there. The dominating factor in just about every problem with this is a 'Win Mentality' when it comes to roleplay.

During my time here so far there has been a predominately healthy atmosphere. This community has helped rekindle my passion for roleplay and I've started making some good friends. With that being said, there seems to be an incremental increase in the steps being taken to make sure that people are winning a scenario. No side is exempt from this argument, I've seen it on the police and civilian sides and I think that it's a direction that we need to move away from.

While your character should do his best in each scenario given, there is a line that needs to be established to where you realize that you've 'lost' a scenario and that should be the end of it. If you're a cop and you see someone that has a warrant but you're involved in a chase or a robbery, you shouldn't break just to arrest that person immediately, let the roleplay happen. Alternatively, if you realize that the PD has cornered you and there is nowhere to go, you shouldn't take your clothes off and act like you weren't involved.

We all have stories to tell, and we all are here to have fun and experience the world that we make. I encourage everyone to let the roleplay happen, let's see where it takes us. Having a rank in a virtual police department and having money on a video game are ultimately not important. What is important is the friendships that are made and the stories that we tell.

This is not directed at anyone particularly and I hope this encourages a healthy discussion before anything gets out of hand. I enjoy roleplaying with every single one of you here and I hope to be able to do so for a long time in the future.
Reactions: icedshell2, Whale, uNr3aLTV and 1 other person

toss for president
Reactions: Toss Up 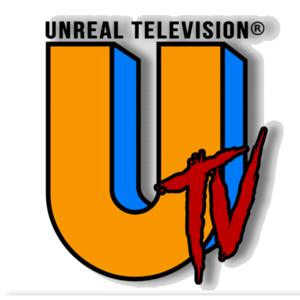 +rep Exactly what was needed to be said
Reactions: Toss Up

I agree 100% with this. One thing about RP is to have fun, if you can't handle losing someone in a police chase you shouldn't roleplay as a cop at all. You will not always catch someone and one thing that you need to keep in mind is that you as an officer you don't gain anything from an arrest and you don't lose anything when the suspect gets away, but the person you arresting loses their money that they worked for. Yes they are commiting a crime in game but it shouldn't be something that you should get mad about. Maybe change your style in Roleplay and mindset. We are all here for fun and to build friendships. These friendships can be in game or ooc as well. The better you roll with the roleplay the more fun it gets and people will actually thank you ooc for going along with it. Win Mentality shouldn't be a thing at all and gets you nowhere
Reactions: uNr3aLTV and Whale

I agree whole-heartedly and it goes for both crims and cops. If you know you're busted, you're busted. No one should try to power-game there way out of getting arrested or arresting someone.
Reactions: Whale

1. Power gaming is against the rules.
2. Whats the point of rp if you have a win/lose mentality.
3. RP for the RP not the win not the loss but the story you can build your character on is most important and builds your characters life.

Not preaching here, not always easier said than done, but in this case through my last 3 years of rp, ive grown tremendously on the mentality side behind the rp. The hardest ive been through in rp was actually seperating my own emotions from my characters, with some help from Don V, Brad Smith, and Brandon i was able to learn how to do that, were a growing place, we all help eachother better eachother more and more everyday. This is by far one of the the funnest communities of people that ive played with so far.